EVER THE SHOWMAN, Tesla CEO Elon Musk took to the stage at Universal Studios in LA …  promising to make solar sexy. To that end, he unveiled a range of textured glass tiles with integrated solar cells that are nearly indistinguishable from conventional tiling, along with a sleek update to the company’s energy-storing Powerwall. A couple hundred invited guests, mostly Tesla owners, ooh-ed and ahh-ed as Musk revealed that a row of suburban American houses on Wisteria Lane—the old set of Desperate Housewives—were all, in fact, topped with solar roofs. Each house’s old roofing material had been stripped away, and replaced with one of four new styles of solar tile. From the street, it was virtually impossible to tell; the roofs retained a variety of traditional looks, from textured slate shingle to terra cotta tile.

Musk said the secret to the tiles’ appearance is a special coating that becomes more or less see-through depending on your viewing angle. He described it as a series of micro louvers that work like a privacy screen on a laptop, and said the company is working with 3M on the tech. The effect is dramatic in person. From shallow angles, the tiles appear nontransparent. But as your viewing angle approaches 90 degrees, the underlying solar cell becomes more and more visible. The result is a tile that permits the passage of sunlight from overhead, but still looks opaque to anyone at ground level. 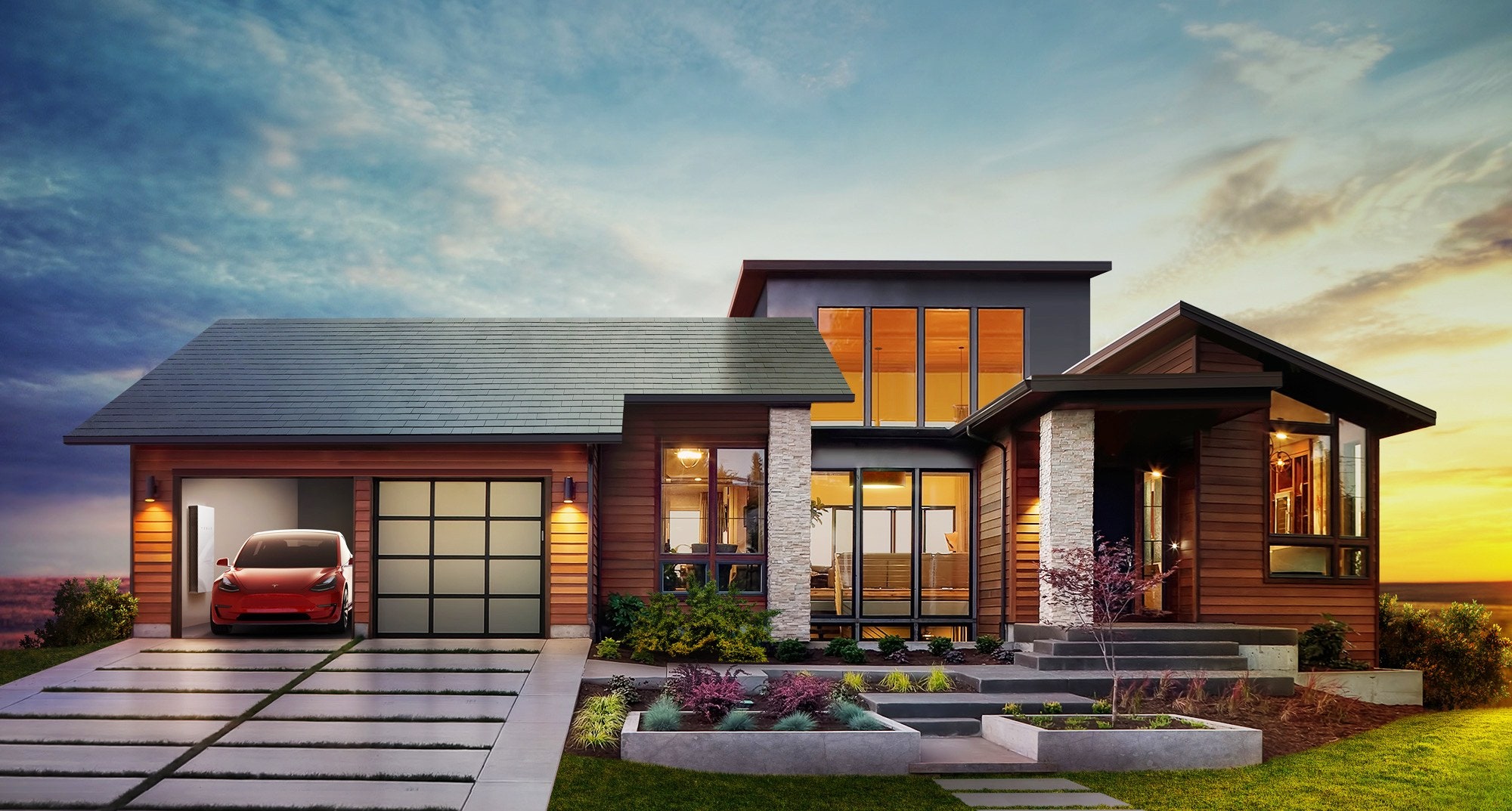 The current versions of the tiles actually have a two percent loss on efficiency, so 98 percent of what you’d normally get from a traditional solar panel, according to Elon Musk. But the company is working with 3M on improved coatings that have the potential to possibly go above normal efficiency, since it could trap the light within, leading to it bouncing around and resulting in less energy loss overall before it’s fully diffused.

Of course, there’s the matter of price: Tesla’s roof cost less than the full cost of a roof and electricity will be competitive or better than the cost of a traditional roof combined with the cost of electricity from the grid, Musk said. Tesla declined to provide specific pricing at the moment, since it will depend on a number of factor including installation specifics on a per home basis.